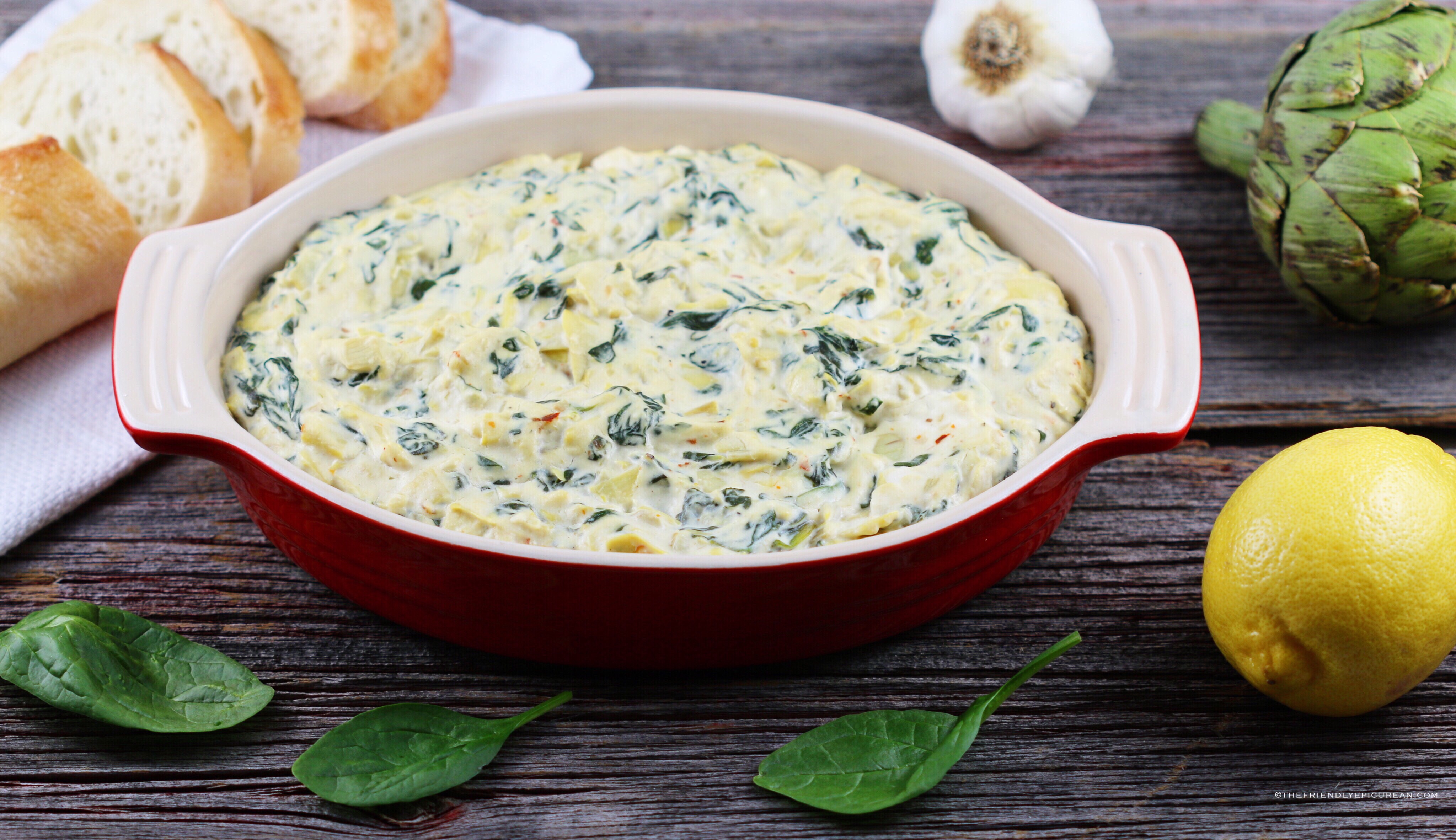 This delicious, no-bake, vegan version of Spinach Artichoke Dip is better than the real thing!

Spinach and artichoke dip is one of those classic appetizers that never gets boring to me. I crave it on cold wintery nights. It’s the quintessential dinner party appetizer because it’s easy to make and is a real crowd pleaser. It’s also kid friendly. I prefer it with some salty, crispy tortilla chips but it goes so well with a fresh baguette. You really can’t go wrong with this creamy, flavorful, and rich recipe. The decadent texture comes from the combination of vegan cream cheese, vegan sour cream, and vegan mayonnaise. The nutritional yeast and lemon give it a cheesy and tangy flavor that’s irresistible.

I prefer it hot but it can also be served cold. This recipe can be made ahead and heated up on the stove top or oven before serving. It’s a great vegan appetizer for game night, book club, or a holiday party. It’s addictive…I really couldn’t stop eating it after I made it! I prefer to use fresh baby spinach and canned artichokes instead of their frozen counterparts but frozen would also work. I like to add a spicy kick with crushed red pepper. The shallot adds a lot of flavor but you can make this dish without it and it will still be very tasty. There’s no need to bake it, but if you prefer a golden brown crust, sprinkle some extra nutritional yeast on top and bake at 350F for about 15 minutes. The leftover dip is delicious on a bagel, veggie burger, or even with pasta. I could eat this scrumptious dip every day! If you make Vegan Spinach and Artichoke Dip make sure you take a picture and tag @thefriendlyepicurean on Instagram and Facebook or pin the recipe on Pinterest!

This recipe was inspired by the New York Times recipe by Alison Roman: https://cooking.nytimes.com/recipes/1018248-spinach-artichoke-dip