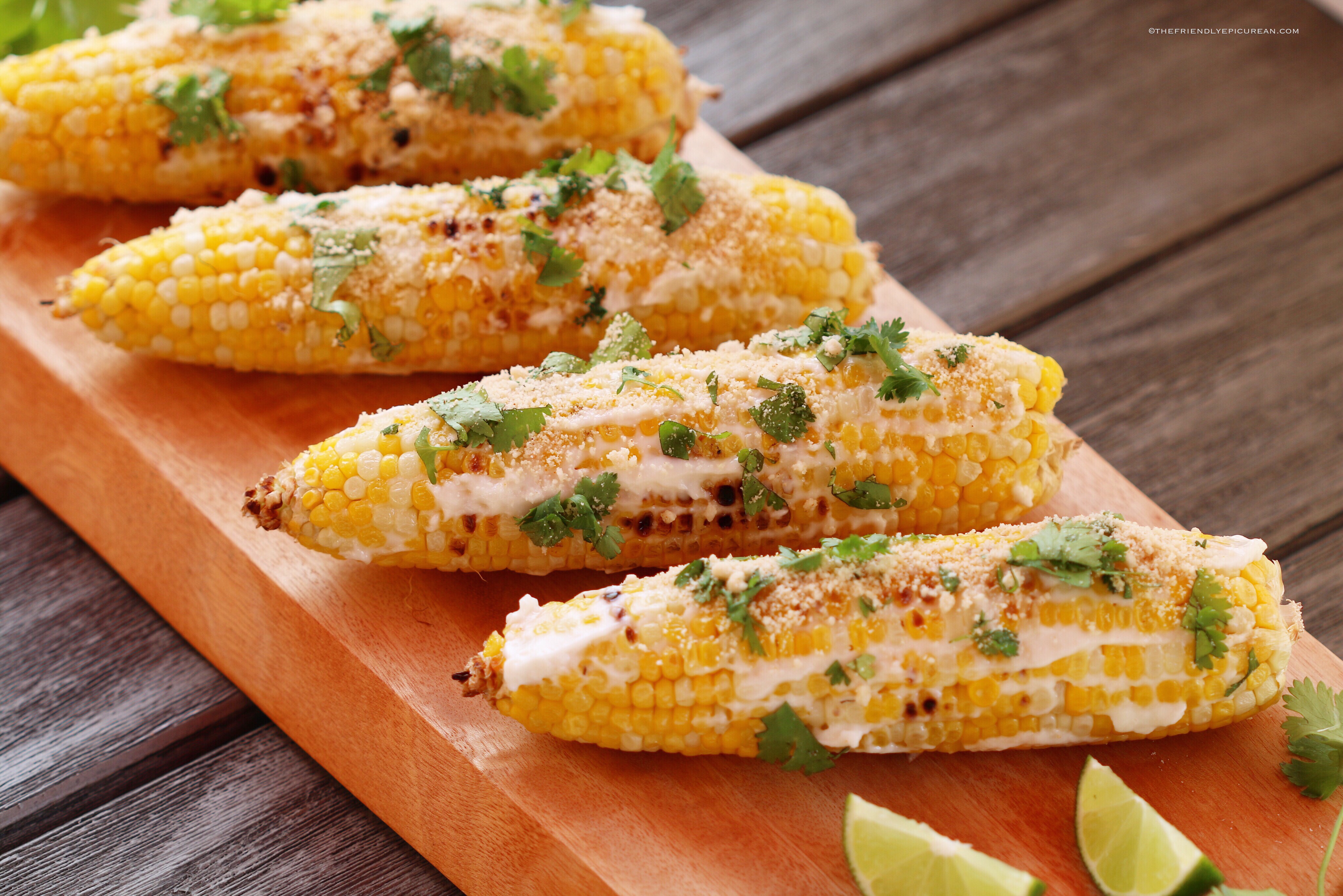 This year, the Fourth of July was really memorable because my entire family was able to get together. We grilled at my sister’s house and I made vegan Elotes for the first time. It actually turned out really good! Elotes refers to Mexican style corn on the cob. You can find it all over Chicago sold by street vendors or food trucks. It’s really rich and full of flavor but the traditional version is not vegan. This vegan version of Elotes is a really easy recipe with few ingredients. If you’re trying to eat lighter you can skip the vegan butter and reduce the mayonnaise by half. You can find vegan mayonnaise and parmesan cheese in most grocery stores. The vegan parmesan from Go Veggie tastes delicious but has a strong smell that may not be appetizing to some. My nieces and nephews really enjoyed the vegan Elotes but my sister was not a fan of the vegan parmesan… I think nutritional yeast is a great substitute if you’re not a fan of vegan parmesan. Elotes are tangy, buttery, creamy and a little spicy. There’s nothing better than grilled corn in the summer! The cilantro really makes it taste really fresh and the cayenne adds a little kick. If you don’t have a grill you can boil the corn for about 10 minutes instead and still get great results. You can also take the corn off the cob once it’s cooked and mix in all of the ingredients if you prefer something that can be served out of a dish. It’s just as delicious that way and a lot less messy! If you make this recipe make sure to take a picture and tag @thefriendlyepicurean on Instagram and Facebook or pin this recipe on Pinterest!